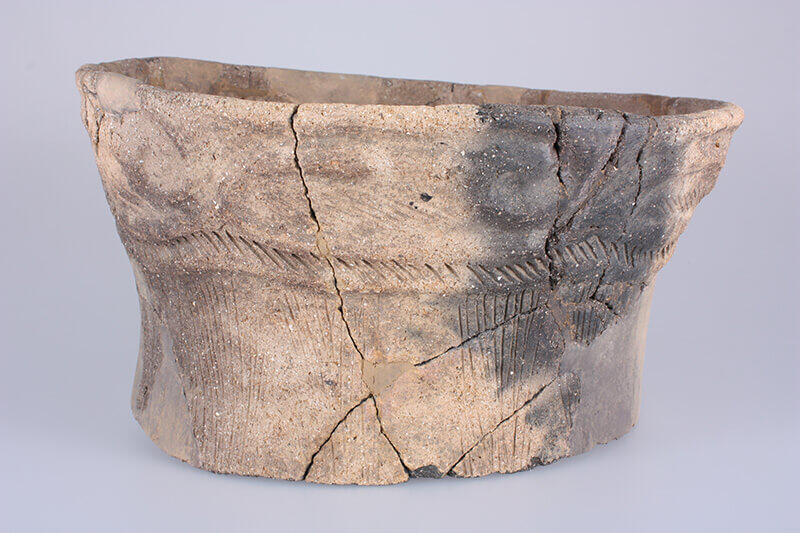 Paleolithic is from about 3 million years ago to about 10,000 years ago. It was an era people still did not use pottery. Sekigahara town of this era is not clear at all so far. It seems that it's because of the mountainous lands and narrow plains.
In Jomon period, people generally used Jomon pottery. As a typical site, Nakano site is well known, which was found when the Meishin expressway was under construction. Pottery and dwelling site after middle Jomon period were found. Gosaida site and some other sites were found on the plateau sandwiched between the Fujiko river and Nashinoki river. We guess that settlements had been formed throughout the plateau. 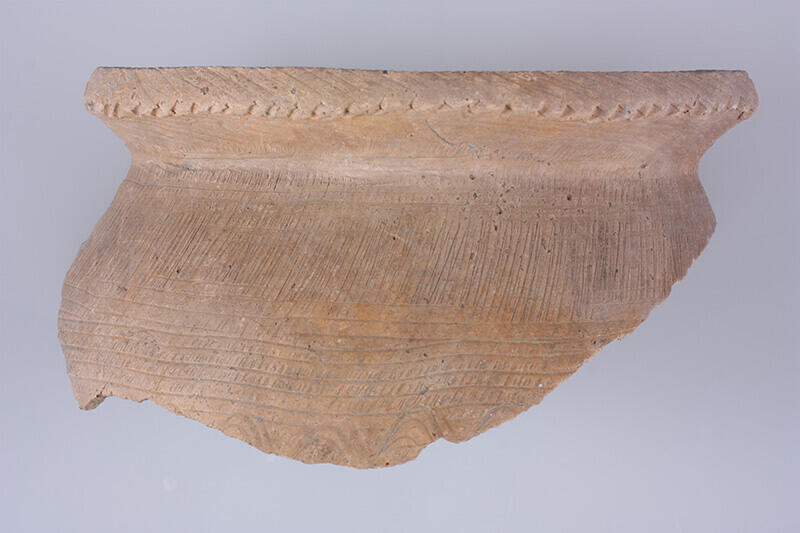 The big site of Yayoi period is not found in Sekigahra although big sites are found in Yoro town and Ogaki city. Considering the extent of the sites of the Jomon period, it is natural that the big settlement existed in this period, too. But, it has not been found yet.
Sites in Kofun period do not become quite clear as well. Especially, it is notable that ancient mound that represents the power of rulers was not found. 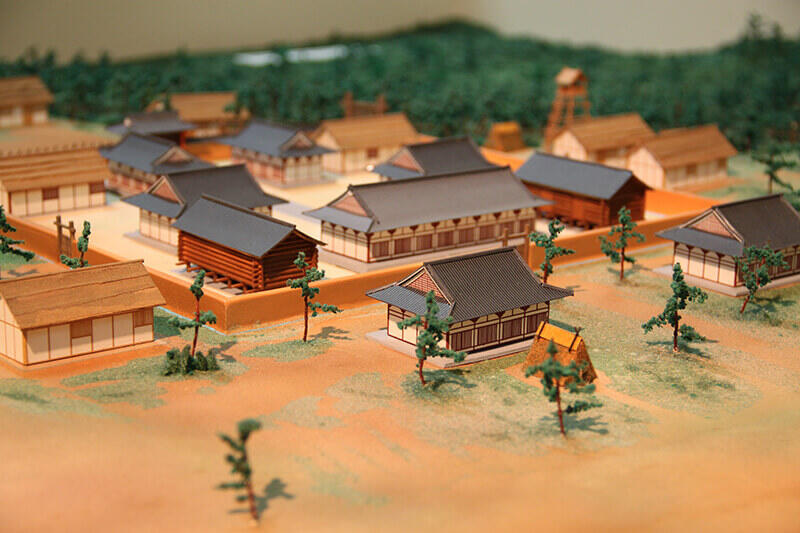 The samurai came to power in Kamakura and Muromachi period in Middle Ages after the fall of the Taira clan. In Sekigahara, Mr. Nagae moved from Kamakura to govern Imasu district and built a Myouo temple.

In this period, the logistics were developed and the Tosando road played more important role as a traffic route. The Yamanaka shuku and Nogami shuku functioned as a post stations of Tosando road in Muromachi period. As a history teller of the time, the Kannondo of Hanjo in Nogami district and the grave of Tokiwa gozen, a mother of Yoshitsune Minamoto in Yamanaka district remain. 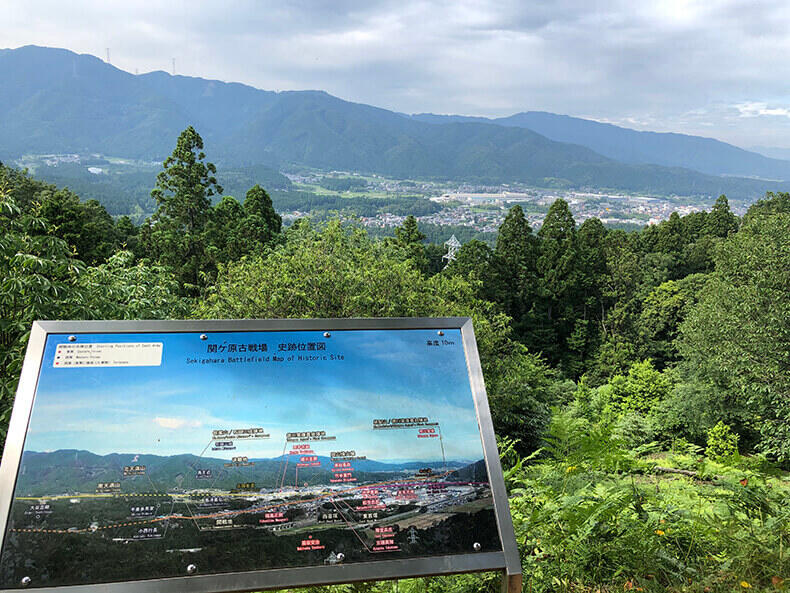 This period is troubled times known as the Age of civil wars. As warlords continued to battle across the country, the mountain castles like Matsuoyama castle were built in Sekigahara as important bases for the country.

And Ieyasu Tokugawa of Eastern army and Mitsunari Ishida of Western army put an end to the war-torn world in a battle of Sekigahara on September 15 in 1600, Keicho 5 year. 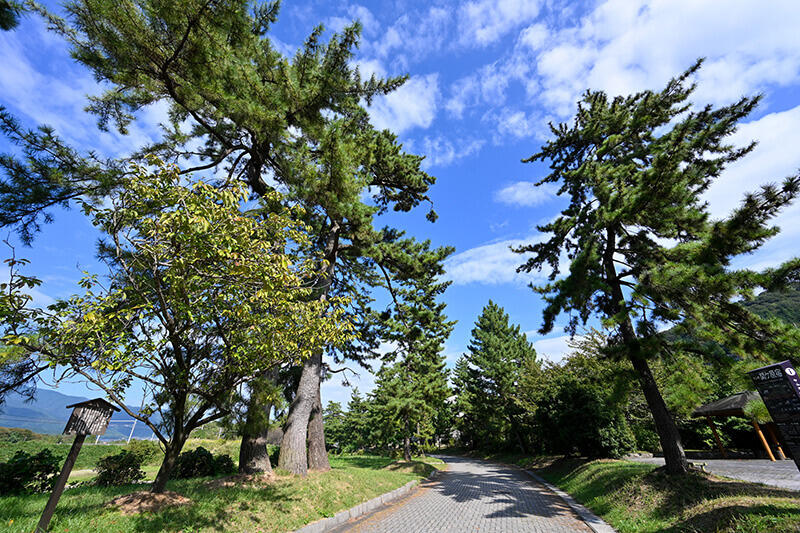 In the modern period, Sekigahara flourished as an important traffical place where Nakasendo, Hokkokukaido and also Isekaido roads crossed.

Compared to other post stations in Mino area, both Sekigahara shuku and Imasu shuku had a large number of inn. From that point of view, you can imagine the prosperity. Pine trees along old Nakasendo road in Nogami district remaids us of those days. 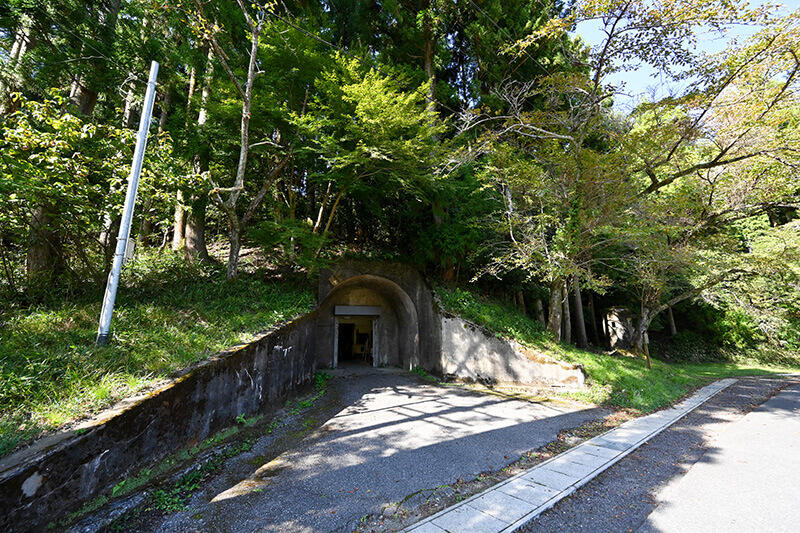 Remains of a powder magazine for bullets

It was the era which current Sekigahara town was formed through the Meiji Restoration and the World War II. At the beginning of Taisho era, a magazine in Tama area called the best one in the East was built and became an important military base.

Through these times, Tokaido Main Line, Tokaido Shinkansen, national highway and Meishin expressway were built. They go through Sekigahara town. And they developed as a transportation hub since ancient times.

As for the field of Sekigahara battle, we actively prepared the base of battlefield by putting guides and installations of stone when we had a 300 years festival of the battle in Sekigahara.